Mary’s been sending me dog photos updates so I can see all the 80 degree weather I’ve been missing out on in while in cold dreary Yakima (you don’t hear that too often!) It snowed here in the morning on my birthday a couple weeks ago, while Mary was back in MI worrying about sun burns. Saddest birthday card ever? 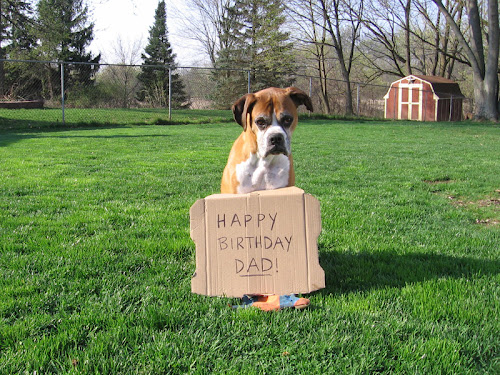 Here are some of Parko romping at the dog beach in Muskegon: 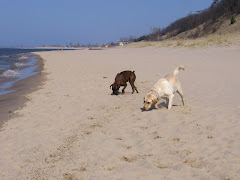 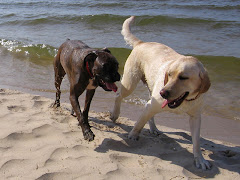 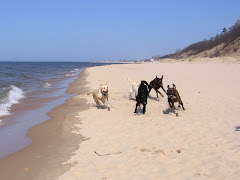 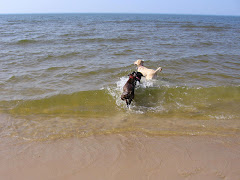 Officially a transplant again. I finished up my last day of field work in New York yesterday, caught a 6 am flight out of Binghamton this morning, and am currently sitting in a food court in SEA-TAC watching basketball on a restaurant TV alongside some disappointed Gonzaga fans.

It was snowing when my flight landed in Seattle, fat clouds jostling us on the descent in. It’s in the upper 70s in Michigan all this week and into next week. Just adds to the feeling of an upside down world at the moment. Bizarro.

Seven hour layover until my Yakima flight – I could almost bike there in that time (you know, if it weren’t snowing and I had a bike). But at least Google gives free wifi to the airport and there are a million restaurants to wander past.

I haven’t quite figured out how this is all going to play out yet. I start work on Monday and from what I’m hearing it should be reasonably interesting (wildlife monitoring, for one). I’m excited for the work, a normal work schedule, and the wide open west again. I’m not excited that Mary and the dogs are in Michigan for a while at least.

Our old house is for sale in Yakima for much less than what we sold it for a couple years ago. Strange (maybe fortuitous) timing. It’s a short sale, which isn’t great, but I put an offer on it sight unseen for $24,000 less than what we sold it for in 2009. So we’ll see what the bank thinks. I won’t be heartbroken at all if it doesn’t happen, but I also wouldn’t mind nestling into the familiar for a bit either.

I spent this past weekend knocking out a few unfinished house projects. Finally. The half bath sink plumbing has been disconnected basically since I gutted the room back in October ’09. Installed a new sink, faucet, and p-trap. No issues. I had been putting this off due to a busy work schedule and some iffy looking inlet pipes connections, not wanting to open a potential can of worms with a short work window.

I also installed the hallway carpet. We picked up a cheap carpet remnant and some pad forever ago that’s been sitting in a roll in one of the bedroom, occasionally serving as a dog bed/chew toy. Here’s Trammell helping to weigh down the wrinkles. 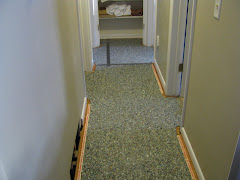 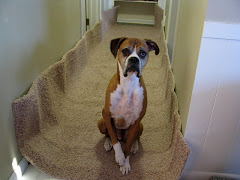 Somehow carpet installation seemed just esoteric enough that I never bothered to take a stab at it. But then this past Friday I was sitting at my desk at work thinking about the brain credentials of a few the carpet installers I’ve run into over the years and realized that there was no way I couldn’t figure out whatever needed to be figured out. As you can see below, the end result was reasonably competent. 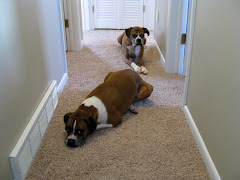 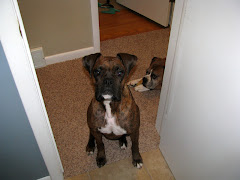 We have four now. It’s ridiculous. 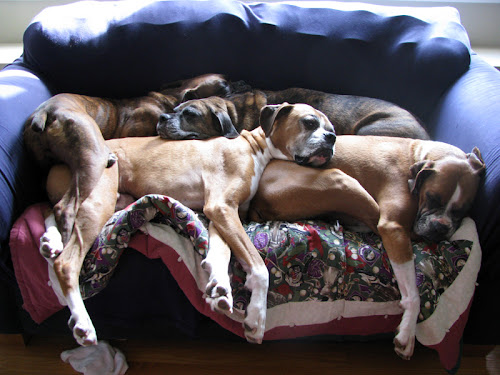