Lots of rock climbing lately. Just kind of cruising the million good crags around here. Went up to “The Cave” this afternoon, a spot I hiked around a few times the last time we lived in Yakima (site of the infamous tick invasion with Mary). I really, really like this area. Neat aesthetics, tons of routes, lots of variety, good shade in places. I love the clouds in that first picture. Gorgeous day too, almost October and still in the 80s. 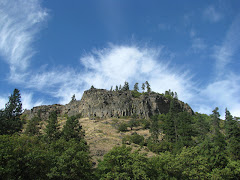 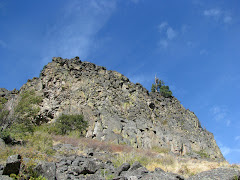 We only climbed a couple routes since the guy I was with was short on time. Recreational Jugs (5.7) and another route that wasn’t in the guidebook that looked fun. I assumed based on the name and grade that I’d be cruising up some huge holds on Jugs, but it actually ended up being a little less straightforward, particularly the last move to get in position set up the anchor. Nothing crazy, but difficult enough to give me pause for a bit. I’d like to climb this one again some time with a better mindset. The other unnamed route (pictured below right) I bailed on about halfway up on lead. Really fun first half, but iffy enough higher up that I wasn’t feeling like eviscerating myself with a big drop above my gear. On a top rope I probably would’ve gone for it. 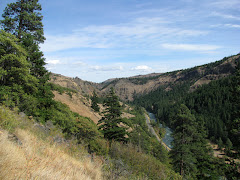 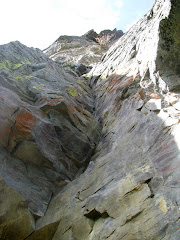