New gas grill. Only took ten years of marriage to finally get one! 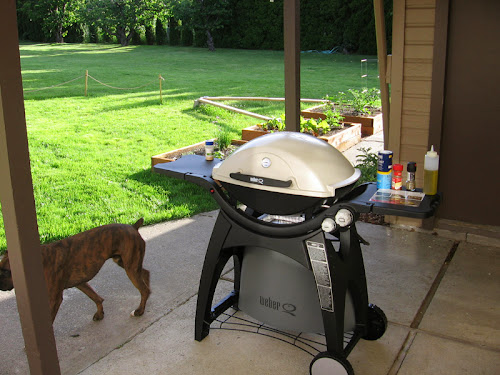 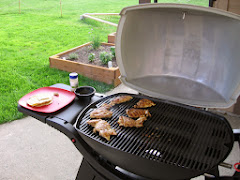 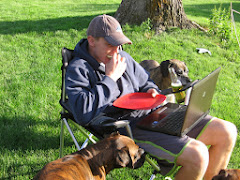 Oh man, summer’s in full swing now. Clear skies, temps in the upper 80s and low 90s for the next few days. I’ve been doing lots of yard work the past couple of weeks, mostly trying to get a small garden up and running in time to get a jump on the nice weather. So far: basil, thyme, chives, cilantro, rosemary, oregano, swiss chard, spinach, tomatoes, and jalapeno peppers in the raised beds. Planning on adding a couple more beds out back. Parko has no interest in gardening and is happy standing in his tiny swimming pool. 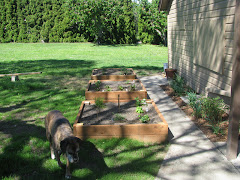 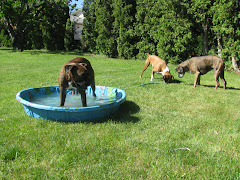 I took a break from that though last Friday to go climbing out at Lava Point, probably my favorite Tieton crag at the moment. Here’s a view from the cliff top looking out toward Rimrock Lake and another view along the climbing wall, from Deadheads looking toward Lava Wall. 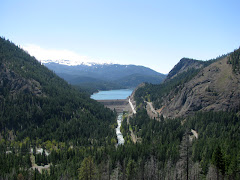 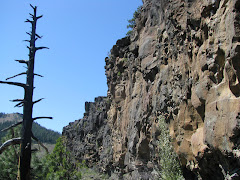 Led Screamin’ for Rope (5.9), pictured below left, and B Weir of the Dead (5.10a), below right. I’d climbed Screamin’ for Rope before and it was a nice warm up. B Weir was a nice little challenge on lead, mostly for the head games it played with me. Run out a little in the middle of the route with a missing bolt, but I cruised through that fine. I took a longer pause higher up at the roof to get my nerve up to swing out into space with a two handed pull up on some pretty solid hand holds. 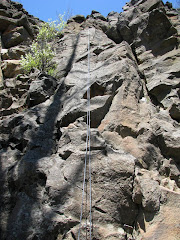 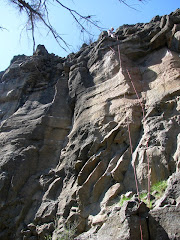 From B Weir of the Dead’s anchor we slid over and set up a top rope for Artificial Instemination (5.10a), rapped off, and climbed. Fun route that we thought was going to be trickier than it ended up being. 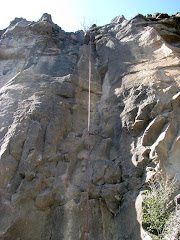 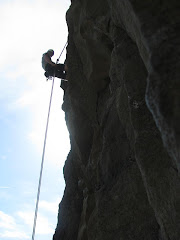 Lastly I climbed Cherry Garcia (5.9), below left, and Steal Your Face (5.10c), below right. Steal Your Face was my first attempt at a 10c route and maybe shouldn’t have been tried as the last climb of the day, but the start just looked so fun from the ground that I wanted to give it a shot. We set up a top rope from the cliff top. I fell a couple times figuring out the the first fifteen feet of climbing, then cruised through the easier middle portion, and finally through one more difficult move on fried arms near the anchor. Nice feeling of accomplishment to cap the day and left me feeling like a whole another tier of climbs were now available to attempt. 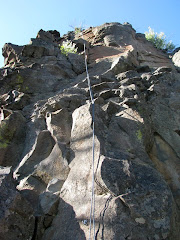 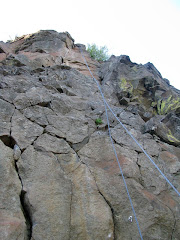