Lots of projects going on the past few weeks. Here’s a floor vent in our living room that I cut a new hole in the floor for. I managed to knock it out while Mary was at the grocery store, so she didn’t have to stress too much watching chunks of our refinished flooring spraying around. And prepping the outside of the house to pull out our old windows. 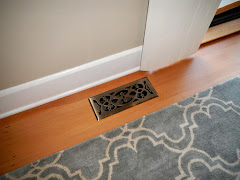 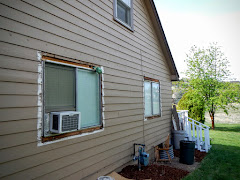 New walkway in front of the house. Lots and lots of dirt, gravel, sand, and brick hauling. Not done yet, but close. Still need to cut some of the corner/edge patio bricks and fill the gaps with polymeric sand. Looks great though, pretty proud of this project. 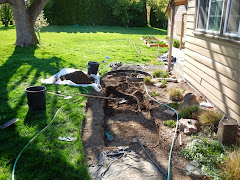 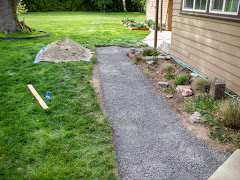 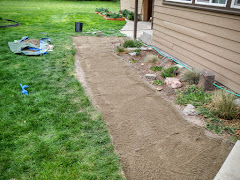 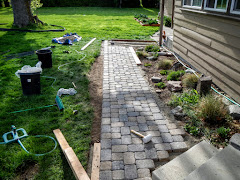 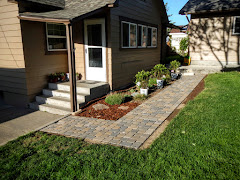 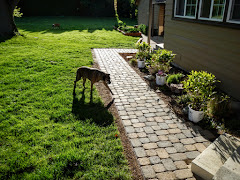 And repaired a broken irrigation pipe after getting tired of having a soggy spot in the yard for the past year. I had to dig a trench to drain off the pooled water around the pipe, then cut away a chunk of PVC and repair with a quick-fix telescopic coupler. I’m not a huge fan of plumbing projects, but PVC is easy and outside is easy. The repair seems to be holding just fine. 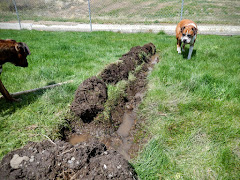 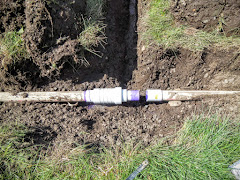 And just a great time of year to be outside. The garden’s looking good. We’ve been running frost-free since early March now, but everything pictured is pretty cold hardy. Pesto from the garden kale. Radishes. Grilling out. 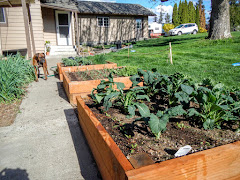 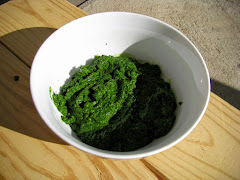 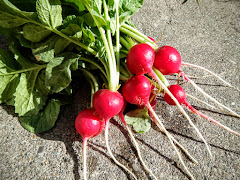 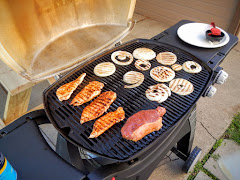 One window installed! It took me most of a day to get just the one in, fighting with the wrinkles of an old house that already appeared to have been retrofitted with different size windows once before I installed this one. Sooo much better though than the ramshackle mess that was there before. Especially from the inside it looks really nice. 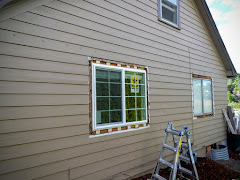 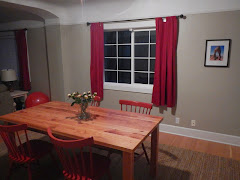