Yard fruit season! Cherries, currants, and raspberries all coming ripe about the same time. It’s so fun to roam the yard grazing like a bear in the mountains. The cherries are mostly bird-fodder at this point, but I’m definitely digging the currants and raspberries still. Eating raspberries especially always reminds me of being a kid, riding my bike to the secret neighborhood wild berry patches. The dogs have discovered them this year though along with the cherries, so it’s a bit of a race to the good stuff. 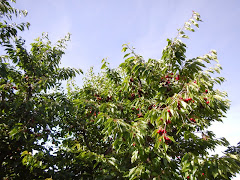 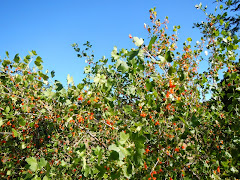 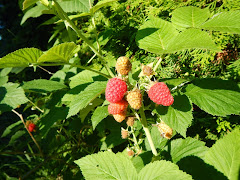 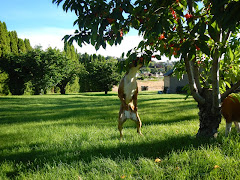 Oh, and who’s the balancing dog above you may ask? Yet another boxer? Yup, four boxers. This is Coco. Mary took her in as a rescue of sorts. And by “took in”, I mean everyday on her way to work for a couple months Mary saw this boxer chained up in a backyard and finally she went up to the owner’s front door and asked if perhaps they were no longer interested in owning their dog.

Evidently Mary made a compelling case and I came home from my trip to extra dog mayhem. Not too much mayhem though; she’s a really sweet dog. We had her spayed and her dew claws removed to avoid future problems. Hence the cone head. 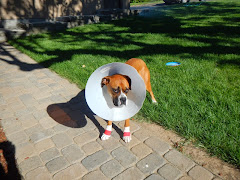 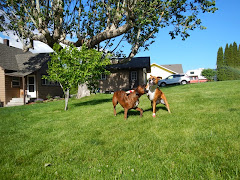 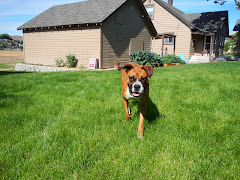 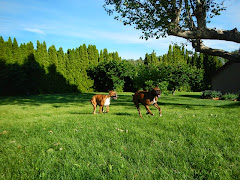 Tons and tons of energy. Coco and Parko are roughhouse dopplegangers. They run together for hours. 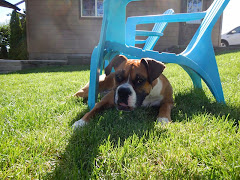 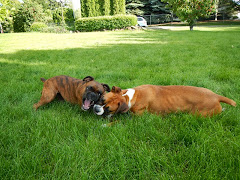 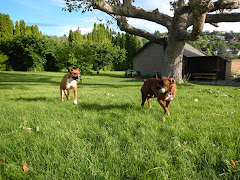 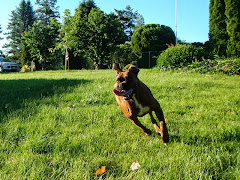 Sadly Coco probably won’t be running Parko ragged for too much longer as we have a tentative home lined up for her in Spokane. Three dogs will seem downright sensible in comparison I’m sure. 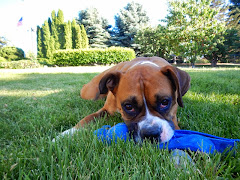 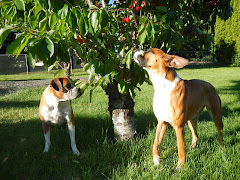 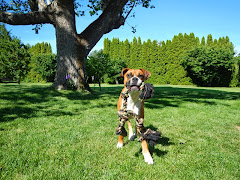 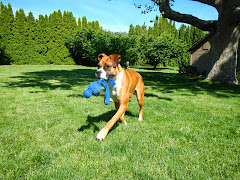 Yes, yes, I know, I skipped over the Africa/Corsica trip. I actually haven’t even gone through my photos at all yet. I’ll get something up when I get a chance. It’s just tough to be inside in front of a computer when it’s 84 degrees and sunny every day and there are berries to eat. I did post an old post from May 18 (scroll down) that was sitting in my draft folder. Something at least.