Some photos from an afternoon hike to Goose Egg Mountain and Kloochman Rock from late January when I was itching to get off flat land and away from grey skies. That pointy one on the left is Kloochman and the dome on the right is Goose Egg. 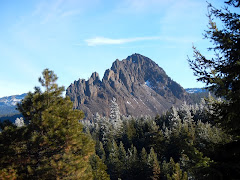 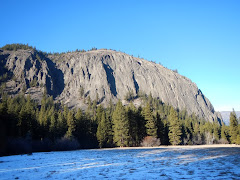 Here’s the view from the top of Goose Egg looking west toward Rimrock Lake. And a tree that I think I’ve taking a picture of on three different hikes now. 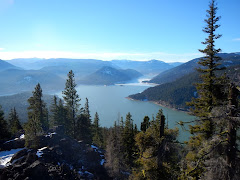 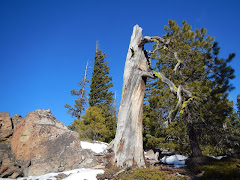 My legs felt reasonably strong scrambling up Goose Egg and it was nice to hike in shorts and a t-shirt at times. I’m sure it’s not nearly so snow-less up there after a month of steady mountain snow. Winter started out with drought worries around here, but we went from 55 percent of average mountain snowpack at the beginning of February to 91 percent by the end. Ten feet of snow between February 10-21 alone at most ski area, one of the snowiest months on record.

I ran most of the way back down the slope. At some point, the soles on my ancient Lowa boots that mom bought me for an Outward Bound trip fifteen years ago finally blew out, though I didn’t notice until back in town. Heck of a run. After Goose Egg I jogged over to Kloochman and bounded around on the talus beneath the still intact columns. Here are a couple columns pictures. 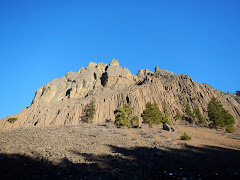 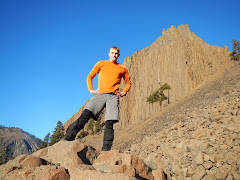